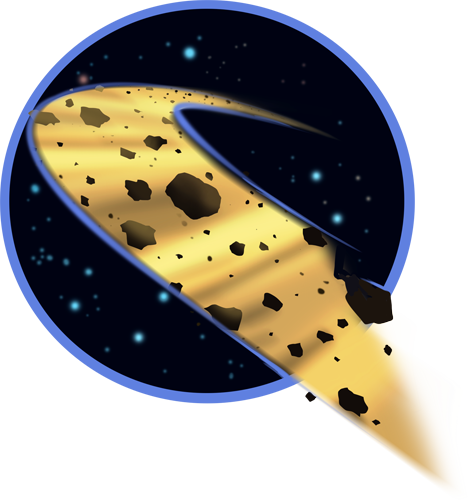 Founded twenty years ago by Hiro Lothrain, the Lothrain Free Company has prospered through a combination of astute investments, luck, and Hiro’s exceptional business acumen. Lothrain currently employs twenty-five Belters from the Moros system and has a reputation for being a fair, if strict, employer that enjoys good relations with the wider corporate world. Whilst its success as a belt mining company has been adequate, Hiro’s ability to invest and speculate creatively has led to financial security and continued success in the mining and haulage fields. Lothrain operates a fleet of six craft, ranging from the standard Belter Seeker singleships up to larger vessels capable of mining and transporting throughout the Belt. The company’s single biggest investment is just about to be realized: after three years of negotiation and legal wrangling, Lothrain is on the verge of completing the purchase of a 5,000 ton mining platform that would, otherwise, be decommissioned and left to the rigours of vacuum.

Lothrain Free Company (LFC hereafter) is based in the Zernebog Habitat of the Zernebog Radical. Its office complex is a low-key building nestled in the jumble of similar structures close to the port area of Manchester District; nondescript and unassuming, the LFC logo (a laser drill superimposed over an oval asteroid with the LFC letters arcing above it) attached to the entry-com buzzer is all there is to advertise LFC’s presence. The building is simple enough: offices for Hiro Lothrain, Jenna Marcuro and Desna Greer; a boardroom/meeting room, IT room, storage lockers and a reception area. The decor is slightly shabby and highly functional – as befits Belter sensibilities. LFC’s employees spend most of their time either aboard the ships LFC owns or out in the field. Once a month, Hiro convenes a team meeting which all habitat-present personnel are expected to attend and this is where he runs through current assignments, the company’s commercial outlook and any other news he cares to share with his staff.

The LFC fleet consists of the following eight ships:

When not out in the belt, LFC maintains docking, repair and servicing facilities with the Zernebog Habitat Port Authority and has dedicated berths for each of its craft.

If LFC had focused solely on mining the belt it would have gone bankrupt within a few years. Instead LFC both prospects and hauls general cargo throughout the system into and across the various Belt clusters. Prospecting is still the LFC’s core business, but the cargo business is substantial and Hiro and Jenna have been very canny in the contracts they have picked, enabling them to maintain profitability in a business where debt is the norm. LFC maintains excellent relations with the SpaceFarer’s Collective, particularly Maas Industries Corporation (MIC), the Collective’s largest mining company, but is independent of them. Hiro Lothrain was a senior prospector with Maas for twelve years before becoming independent, and this positioned LFC well for working on Maas tenders and assignments. Several lucrative strikes sealed LFC’s reputation as prospectors of excellence and led to both Maas prospecting contracts and haulage assignments.

In the past three years LFC has stuck rigidly to its haulage and cargo business. Only one or two prospecting forays into the Chlaer Radical have been mounted (none of them profitable) and otherwise costs have been strictly controlled. Some of the hardened Belter employees of LFC have become frustrated with this conservative direction and the company has lost four or five of its prospectors who have either gone solo, joined another Free Company or got out of Belting altogether.

The reason for this circumspection is due to the negotiations Hiro has been involved in for the purchase of the redundant mining platform Maas is releasing. No other Free Company has its own platform and the purchase affords LFC a significant, if costly, competitive advantage. LFC’s priorities are therefore to commission the platform, move it from its present location in the Elbrus Cluster, and commence some serious, long-range prospecting in the Chlaer Radical.

Coming from a fairly strict and discplined background, it is little surprise that Hiro Lothrain has adopted many of the ideas that made Maas Mining so effective (although he has certainly made some rather significant adjustments to set them apart from that organization.)

Standard LFC working dress consists of a light coverall and soft boots, with a belt for small items and a sleeveless high-visibility ‘ship-jacket’ with larger pockets for more bulky tools or equipment. A pair of soft working gloves is carried at the belt and, in addition to some resistance to heat and electricity, can be used to seal the coverall against low pressure, airborne contaminants and even vacuum exposure for a short time. An emergency hood/mask is required to give full protection. These are stowed at critical points in LFC facilities and ships, and can be carried in a belt pouch if desired. The mask has a filter allowing it to function as a gas mask, or can be plugged into an air bottle which is then clipped to the belt. Air bottles are stowed with masks, and regularly maintained. A bottle is good for an hour of moderate exertion.

Division, rank and position are indicated by patches on the upper arm of the coveralls and left breast of a coverall or ship-jacket. This also holds the wearer’s crew identification card, the latter not always necessary to access equipment or secure areas, depending on the level of alert in force. At the lowest levels of alert the ship’s internal crew-tracking system will grant access to any authorised personnel, but when the ship is locked down a card may be needed. This is combined with a verbal identification or number keyed into a panel where necessary.

Most crewmembers have non-uniform clothes readily vailable but this ‘working dress’ is generally worn by all members of LFC while on duty hours due less to company loyalty than effectiveness of the gear.

Go Back to Zernebog Radical | The Belt | Main Page