For five years, a fierce civil war has wracked the isolated pariah star system, Moros. A fragile cease-fire has been in place for the last six months, but no one believes it will last for much longer.

On the central planet, Elpis, the ailing duke’s children wage a silent war of assassins to determine which of them will succeed him as head of House Asquith-Orlov.

Desperate to avoid an impending recession, the SpaceFarer’s Collective has ramped up military spending in order to defend their holdings.

Briefly united and aligned with the ducal house, the Twelve Families have once more collapsed into bitter in-fighting and low-intensity skirmishes that threaten to spill out into the greater system.

Demoralized, defunded and depleted of personnel, the neutral Peace-Keeping Force intended to keep the system from plunging into chaos now faces a decision that could further upset the delicate balance: do they abandon their mission or, worse, pick a side? 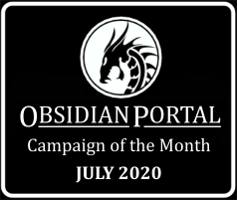 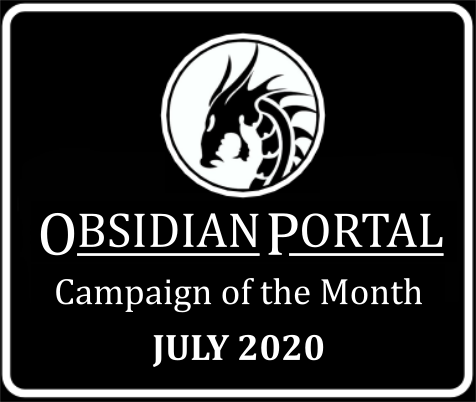 if you guys get any room, I’d like to join!

We had a great time when we ran a traveler campaign last year. Congrats on the CoTM!

Absolute Congratulations to you and your team on winning Campaign of The Month! You have certainly provided a great new expanse to the voluminous pages of RPG design on this platform.

Definitely not cheating, RigelKent. We all deserve to be proud of our activities and achievements, and you have added to Obsidian Portal with some excellent design here. All the best to you and your team as you move forward.

Is it cheating if I as the GM Like the campaign? Because after one actual play session, I’m really liking what this game is looking to turn into…